Night Moths On The Wing (2015) back to projects 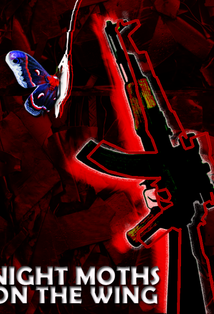 We all recognize the monsters in stories, but could you spot one

in real life? Face-to-face with captured terrorist “General” Maylor, the

So why is Maylor still alive? Night Moths on the Wing explores the

ethics of war.  Can men on opposite sides of

history strike a bargain in time?