The Underpants Godot (2015) back to projects 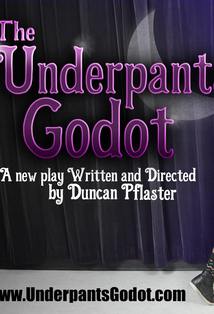 The Underpants Godot is about a director named Doug who’s surreptitiously rehearsing for an avant-garde production of “Waiting for Godot”,
with the main characters played by hot dudes in their underpants instead of old men. A representative from the notoriously litigious
Samuel Beckett estate crashes a rehearsal to investigate and decide whether the performance should be allowed.
The play is an hilarious meta-theatrical piece about the limits of adaptation and interpretation.