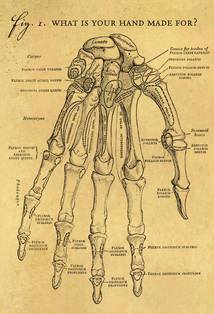 
In a United States, several decades hence, that seems to be operating in the manner and structure of a banana republic, Lady Stefanie Anderssen, a famous, wealthy pianist and outspoken liberal, is visited a dozen times over as many weeks by Colonel Simonette Allyson, representative of a leftist military faction bent on a coup, to see where she will stand in the upcoming revolution. As the visits progress, becoming more and more frequent and desperate (and partly hallucinated), their emotional, social, and psychic roles begin to meld, split, fight, and switch in a personal war that mirrors the external one simmering behind the opulent walls of Lady Anderssen’s crimson public drawing room, both wars moving, inevitably, towards violence and death.

PURCHASE is a social study in the form of a character study, continuing and building on the form of Mr. Hill’s recent plays, with a tighter, constrained focus on character here reminiscent of Genet’s THE MAIDS, Bergman’s PERSONS, Fassbinder’s THE BITTER TEARS OF PETRA VON KANT, and the plays of Sarah Kane (with maybe a little bit of SLEUTH). At the same time, it retains the qualities that Hill has admired in the films of Ken Russell, Nicolas Roeg, Peter Greenaway, and Michael Powell, transforming them into his own theatrical blend of gaudy visuals, vulgar emotions, obscure pop/rock music, dense wordplay, rigid structure, and dreamlike tonalities.

PURCHASE is an intellectual exercise embodied in the physical, the mind/body problem made present in light, sound, word, and flesh.