Little Piece Of The Sun (2009) back to projects 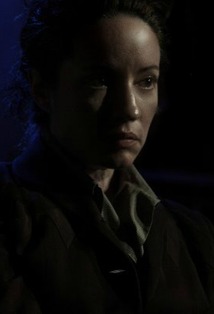 "The Brick Theater, Inc. presents a Gemini CollisionWorks production of A Little Piece of the Sun a documentary play by Daniel McKleinfeld / designed and directed by Ian W. Hill

Two true stories of murder, which are one true story of lies and corruption. A portrait of a country so determined to prove its superiority and perfection that it refuses to acknowledge the possibility of its own errors, to the point of allowing mass murder to occur because to try to prevent it would be to admit that it was possible. A dark, sardonic cry of pain against those in power who prefer ideology to reality.

And, of course, it may be noted in passing that while this is a documentary about another country in another time, certain lessons as to the effects of governments that cover up their institutional failings with lies and corruption (leading to both direct and inadvertent murder) are universal and timeless.

Director/designer Ian W. Hill has created 59 stage productions since 1997 with his company Gemini CollisionWorks, including works by Vaclav Havel, Richard Foreman, T.S. Eliot, Clive Barker, Mac Wellman, Ronald Tavel, Jeff Goode, Mark Spitz, and Edward D. Wood, Jr., as well as several original plays. As a designer (light, sound, projections, sets) and technical/artistic consultant he has worked with many other stage artists and theatres for the past 20 years, and he is currently the technical director of The Brick. He will also be presenting three other plays in rep with A Little Piece of the Sun in August at The Brick: George Bataille’s Bathrobe by Richard Foreman, Blood on the Cat’s Neck by Rainer Werner Fassbinder, and Sacrificial Offerings by David Finkelstein and Ian W. Hill.